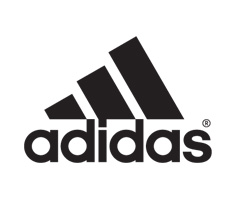 It is one of the leading brands in sports shoes worldwide and whose origin dates back to 1920 when Adi Dassler began to work by hand in his first pair. In 1924, together with his brother, he set up a company called Dassler Brothers Shoe Factory, Herzogenaurach. In 1928 his footwear debuted in the races of the Olympic Games in Amsterdam.

The company grows rapidly and in 1948 the brothers split up. Adi Dassler fixes the symbol of the three bands and his brother Rudolf founds Puma. It begins to manufacture sportswear and in 1963 the balls arrive. In 1990, Bernard Tapie acquired most of the shares. In 2006 he buys Reebok. It currently has offices in more than 55 countries and more than 150 subsidiary companies.