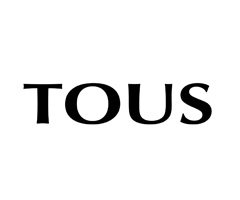 Three generations and over 100 years of dedication to the craft demonstrate the wisdom of the path taken by TOUS.

The origins of TOUS date back to 1920, when the young apprentice Salvador Tous Blavi started out in the watchmaking business.

In 1930, he moved to Manresa (Barcelona) and opened his own establishment, where he was joined in 1953 by his son, Salvador Tous Ponsa,who, with his future wife Rosa Oriol and their four daughters, transformed the business into what we know it as today.

Pioneer company in the creation of a unique jewelry style. The family company Tous, establishing links with the world of fashion, has known how to adapt its designs to history.

From his beginnings in a small workshop in Manresa in 1920, until today, with almost 400 stores in 42 countries, he has printed an unmistakable style in his pieces. It was in 1985 when the emblematic bear was born that it became one of the elements that, in the 90s, marked the beginning of international expansion.