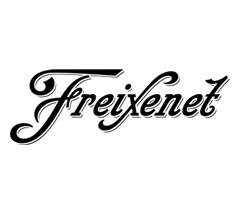 The Freixenet Group is a family business dedicated to the production and distribution of sparkling wines that has 18 wineries in 7 countries on 3 continents.

Francesc Sala Ferrés founded the Casa Sala in 1861, the first wine exporting brand in Sant Sadurní d'Anoia. His son continued with the business and, after the wedding of his daughter with Pere Ferrer Bosch, the cava business began in 1914.

Pere Ferrer Bosch was the son of La Freixeneda, a farm from the 13th century located in the Alto Penedès. The business expanded and the first cava labels began to appear with the Freixenet Casa Sala brand.

From the beginning they opted to elaborate exclusively cava, a natural sparkling wine, following the method used in Champagne (France) since the 18th century. In the seventies, Freixenet was already a fully stable brand and began an expansion that would lead the Freixenet Group to the global leadership of all sparkling wines made according to the traditional method in the mid-1980s.